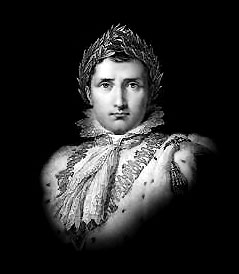 In February 2009 I visited St.Helena.
At the end of the tour in Longwood House stood an enormous wooden birdcage. (see photo).

At home I red about the workings of Napoleon in the garden since aug. 1819.
The French writer Octave Aubry, who visited the island at the moment of the opening of Longwood as a museum (1935) wrote in his fabulous book Sainte Hélène (I: La Captivité de Napoléon; II: La mort de l'Empereur):

'Above the first waterbassin the emperor let build by handy Chinese workers a tripod birdcage, coulorfull painted and crowned with an eagle.
By lac of other birds there was placed in it a pheassant and some chickens, the in Jamestown bought singing birds died. There were also put some pigeons in it, but they flew away when the cage was openend.'
It was this birdcage that was taken with him when General Bertrand returned to France at the end of may 1821. Nowedays this cage is in the museum Bertrand in the city of Chateauroux in France.

I have seen this birdcage at St.Helena. Here is a photo of it, taken by myself! 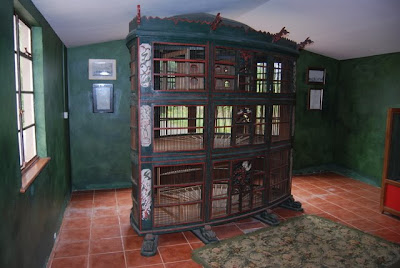 But:........
Of course I visited in aug. 2009 the museum of Chateauroux.
I saw an immense birdgcage of Napoleon with some commentaries written on a paper on the wall.
I was just like Octave Aubry had told. See the two photos I took myself. 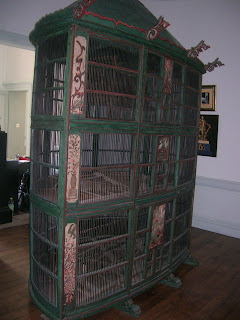 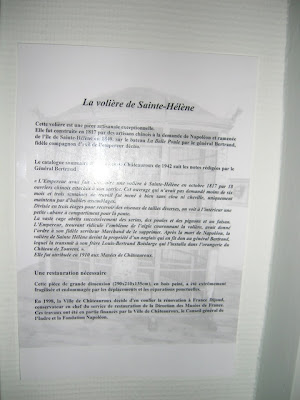 So: within six month I have seen TWO birdcages!!
That seems impossible to me. I have never heard or red of two cages.
How is this possible?
With one is the real one?
Can anybody tell me?
Gepost door Roel Vos op 30.12.09